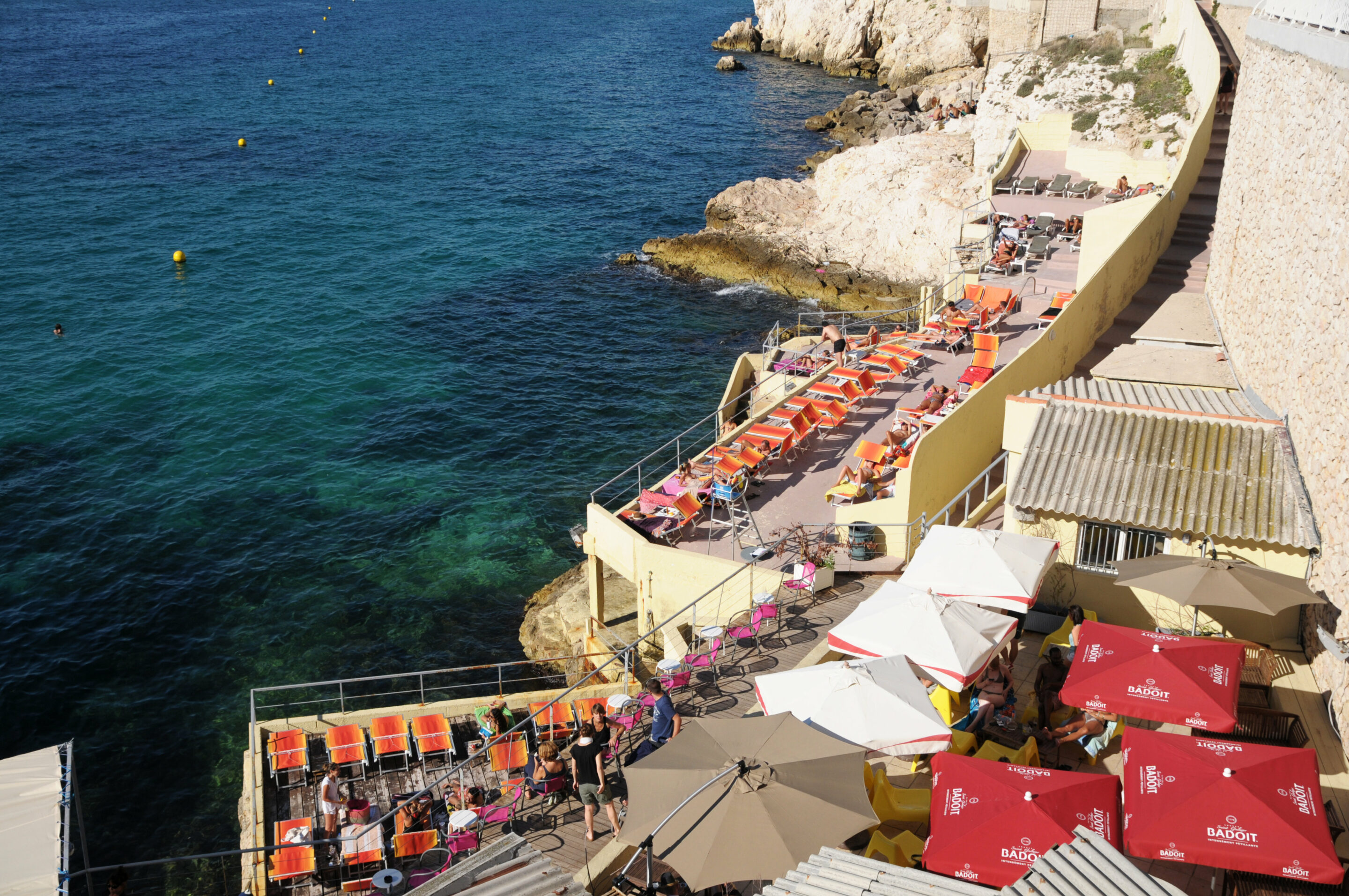 I know, I have not been very effective at writing since last time…..But I have good reasons for that! It’s been a very good year, and I can only hope that it carries on….So many things have been happening. In 1 word: We left Berlin to move to Marseille 2 months ago!

I had been looking for a new job in France. Paris, Marseille, Bordeaux, Valence..After sending a large number of applications, I ended up at le Petit Nice, a 3* restaurant and institution in Marseille. It didn’t quite go as I expected, especially after working at the Waldorf Astoria with Chef Pelloie, it was kind of a cultural choc. So I decided to stop.
But we fell in love with Marseille and tried to stay. Which we are now. These were intense, stressful months but hopefully worth it.

That’s how it all started: after spending some time back in Berlin following the pastry school Graduation, I delivered “Mogg&Melzer” where my friend Joey Passarella prepares Berlin’s  best pastrami sandwich. I delivered lemon meringue tarts and chocolate truffle cakes. We also took part in the Art Fair abc. That was crazy and a lot of fun, but also made me do calculations and food costs which is a good exercise.
Then I applied at the Waldorf Astoria in Berlin which was about to open. My interview was conducted by the French Pastry Chef Nicolas Pelloie, who has been working for Pierre Gagnaire for over 10 years. It was important for me to work with a French Chef to carry on applying what I had learned at school. And it worked out!
It was very lucky, because this was my first experience in the real world after school, in a 5* Hotel and a starred Chef’s Kitchen. You usually need a minimum of one year experience. Since I was super motivated and my age was no problem, as it is in many places, mainly in Paris, let’s be honest…..Nicolas gave me my chance.
I started in October 2012. It was an exciting experience to join this team, and the Pierre Gagnaire’s team for the gastronomic restaurant “Les Solistes“.

Even though the hotellerie business was not my thing at first, I soon realized that you can learn a lot in a short period of time there, given that you do interesting work are not only there to peel apples. But you should know what you want and always ask to be shown and do new things. You can learn every day.
We produced the pastries for the cake shop, the afternoon teas, for the banquets and made the mise en place for the fine dining restaurant. It was a very busy year. Do not count the hours. For a few months I barely slept nor had any rhythm at all. But the team was fantastic and made the hard times turn into fun days and nights.

I was very lucky to work with Chef Nicolas who taught me a LOT, who was my coach for a year, shared his passion and his great jokes…….MERCI!!
The first experience after school is very important as it should not put you off the business. I’m sure some expected something else than what it actually is. But I must say, my girls from our little group at school are all very successful and love what they do.

I’d like to share some of the great stuff we’ve made over the year at the restaurant, with Chef’s agreement…..I’ll put some more photos in a coming post. But for now……. 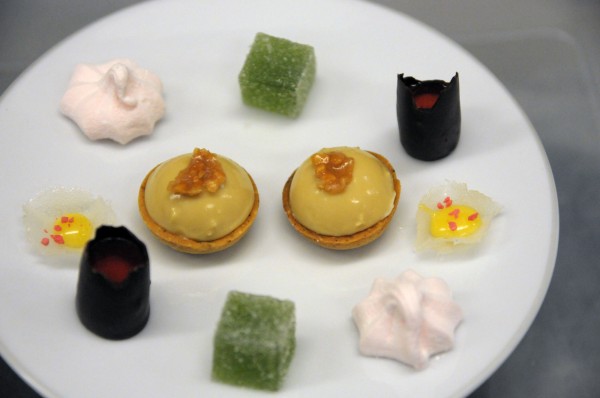 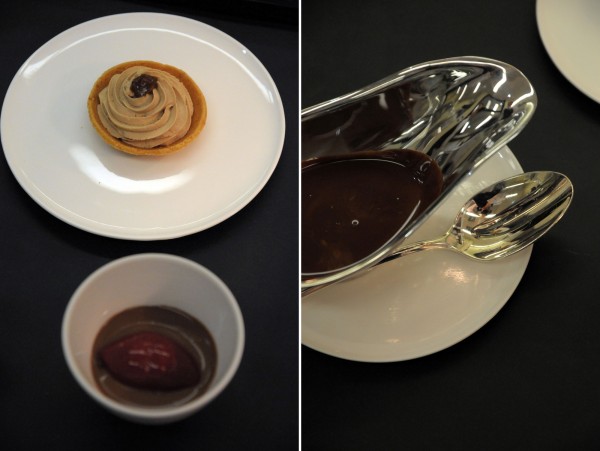 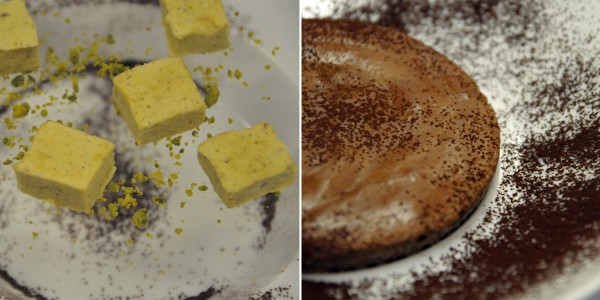 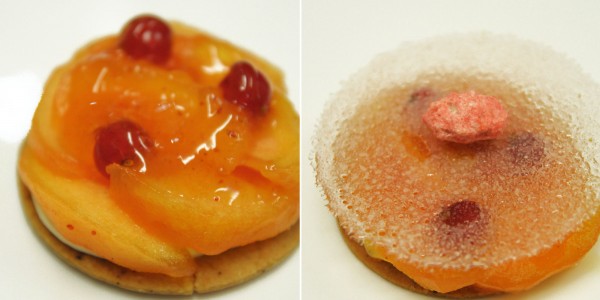 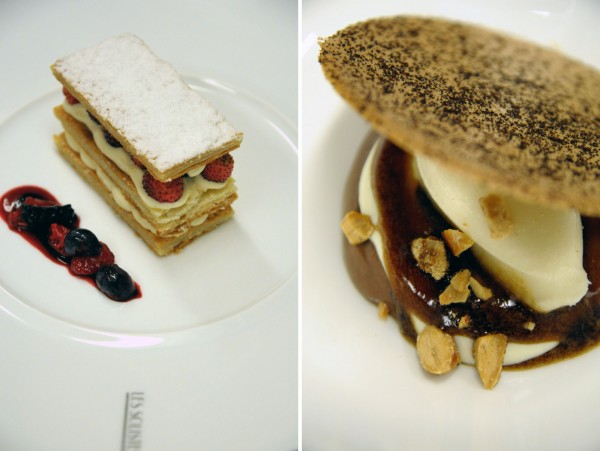 Some of my favorite desserts. The wild strawberries Mille-Feuille and the chocolate soup, yogurt mousseline, pear sorbet and roasted almonds.

2 thoughts on “Changes……..from Berlin to Marseille” 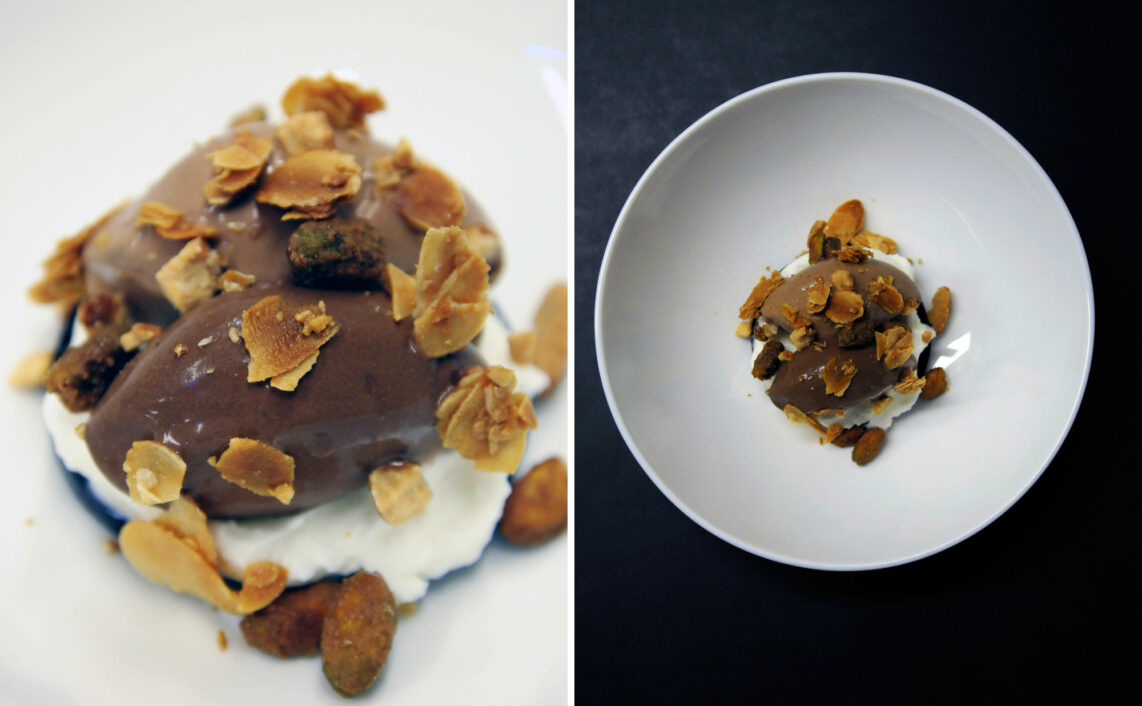 Before I left, Chef Pelloie was working on new desserts for the restaurant. It was a real pleasure taking part in the creation process. I got to try a lot of the recipes. The pistachio soufflé especially……there is just so much one can eat, even for the job!! I love the plating, the colors and … 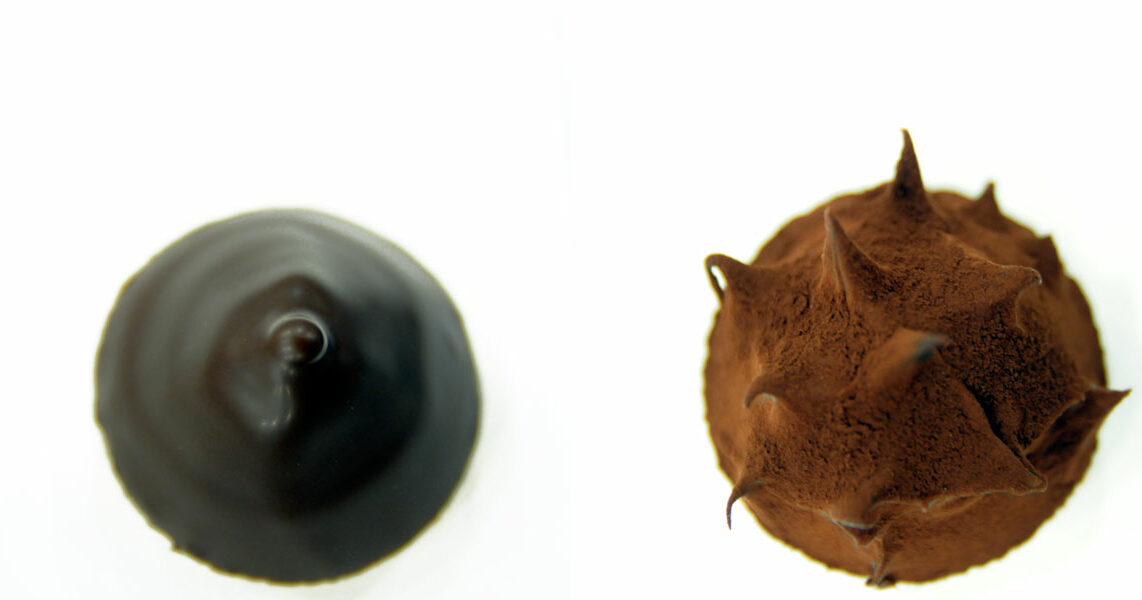 There I am in France, starting in a pastry school. So far I gotta say, it’s nice, the people are very friendly, the area is beautiful, valleys, stream and reddish trees. We are at almost 900m in altitude so the air is pretty thin. I had to get used to it the first couple of … 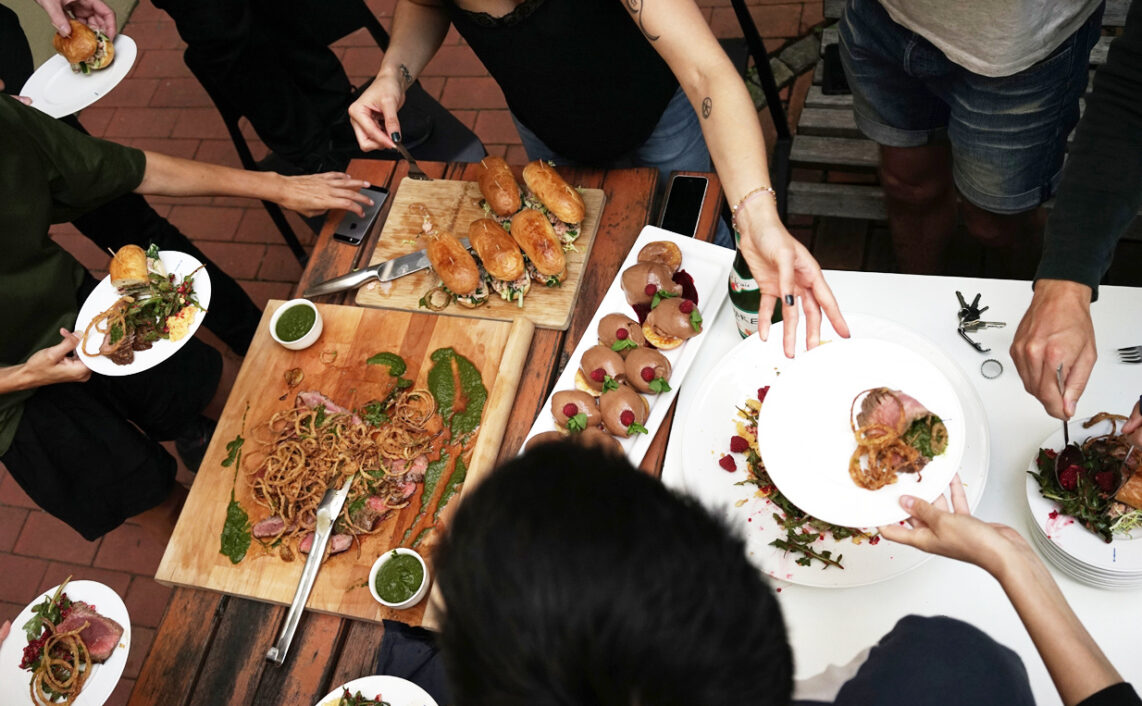 I have known Joey for a long time, we worked together at Nosh in Prenzlauer berg over a decade ago.We would argue on a daily basis and he would kick me out of his kitchen but our tempers at work did not influence our friendship and respect for each other. After completing his cooking school … 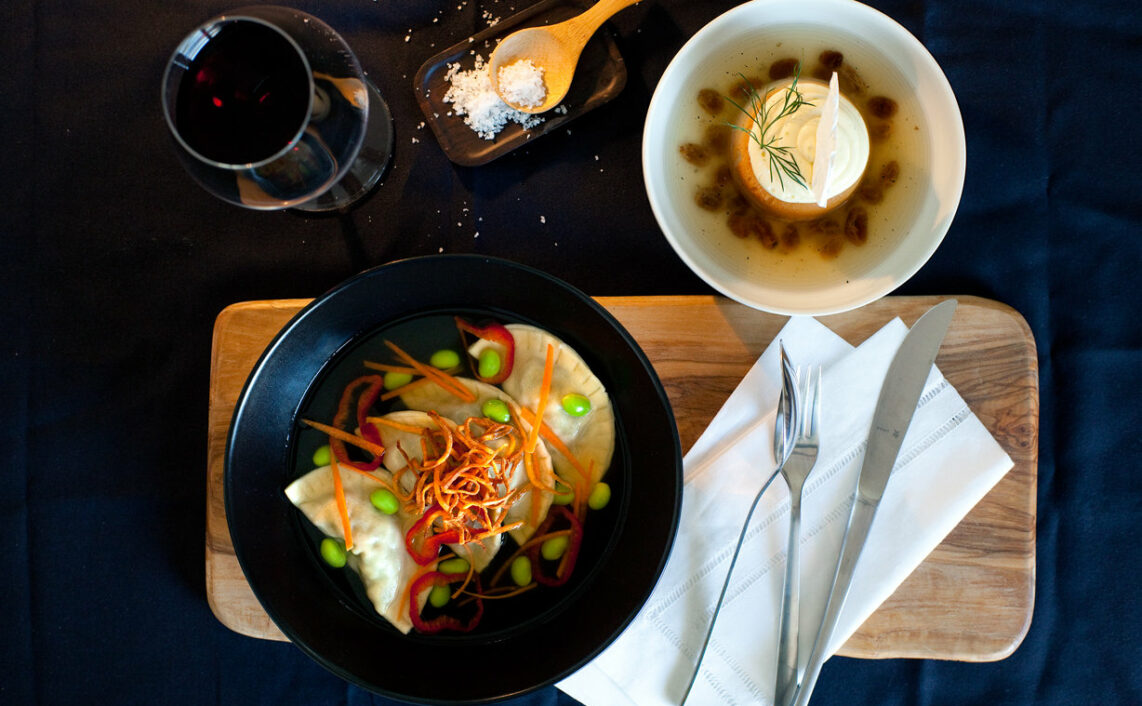 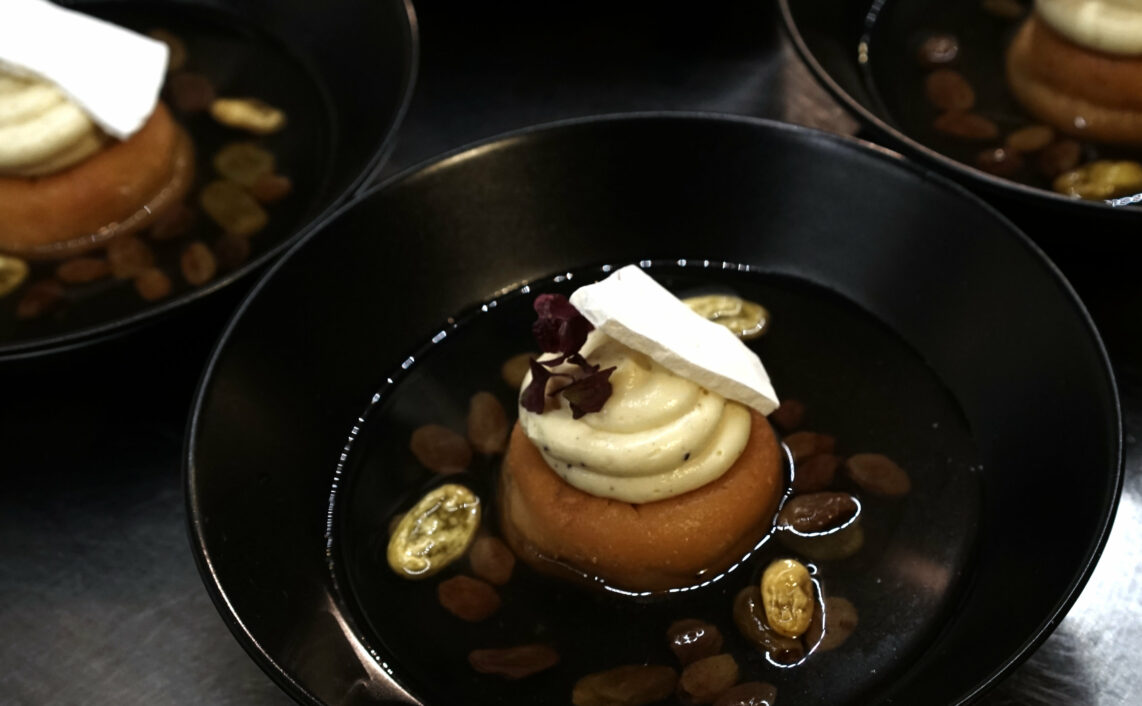 Thanks everybody for your interest! We’d like to ask everybody who hasn’t already done so to confirm your reservation by sending a quick email to fab@fabatable.com – your name and how many people you’d like to come with. If possible by Thursday 26th, if you need more time please let us now too. We’re getting … 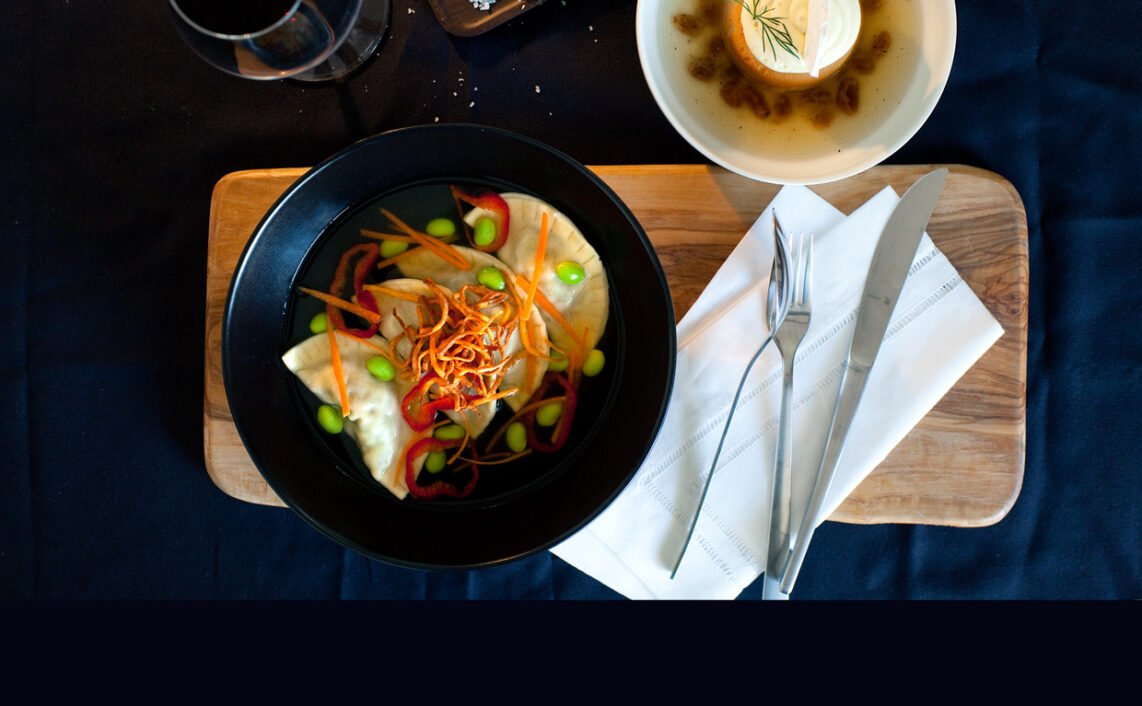 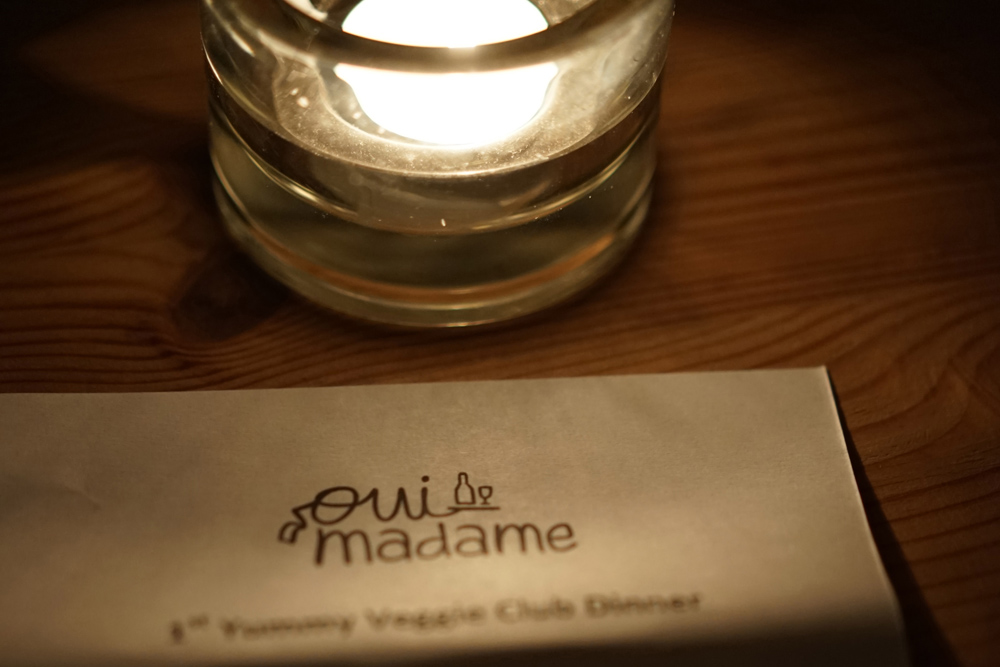 The event was sold out on evenbrite! The girls behind the vegetarian blog Yummy Veggie Club, Anne and Élodie, did it – they hosted yesterday their first pop up at Oui Madame, a french venue in Berlin Mitte, owned by Jean-Baptiste and his wife Julia. I pass by the place regularly, but often believe it is closed. Jean-Baptiste opens …

“We have to stop drinking less”. The Schluck Magazin (magazine dedicated to wine) crew – Paul Truszkowski and Julia Klüber – did it again, Winevibes Volume 12 took place at the Glashaus next to the Arena in Berlin Kreuzberg. The idea is simple:  bring wine makers and a younger clientele together in a less formal …